Why is it so difficult to get Aircraft Insurance?? 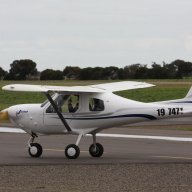