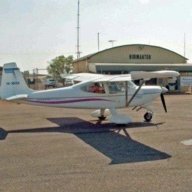 Upon further research and later information, I find the Mazda rotary range extender engine is only 330cc, and it produces 28kW. In essence, simply a modest-sized genset engine. It is specifically

Until they get the battery technology far better you wont see them in aircraft....not only the length of time available in the air is the issue but then its charging. If you fly out west you just cant