R.A.A. Pilot certificate is it correct? 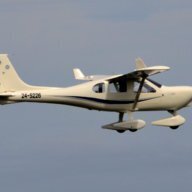