Visiting Australia for a month - how to access an aircraft for that term? 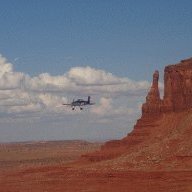