SAAA Fly In @ Cowra - From Qld 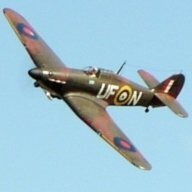