Tell us about your first solo

Every recreational aviator no matter how old you are or how many hours you have in your log book, will always remember their first solo. Tell us about yours, what was it like, how did you feel before 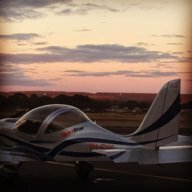 Just did my first solo today!!   Wasn't all that nervous, although in retrospect (watching the video back) my radio calls were sloppier than normal so I guess I WAS nervous!   The wind decided to st