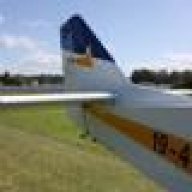 By Ultralights,
November 13, 2007 in Trips/Events/Seats