Another Cessna? not fatal thank goodness 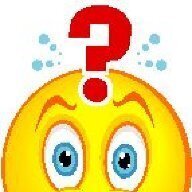 By slb,
January 29, 2020 in Aircraft Incidents and Accidents