Your top speed (so far) 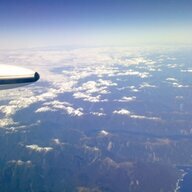 By Flightrite,
May 3, 2020 in AUS/NZ General Discussion