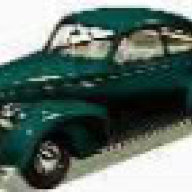 There's a balance between  reduced privileges and concessions against ICAO rules that should be proportional and realistic.. To work properly U/L ops should never be a back door to GA or wish to take

It happens even when only one in the cockpit,  always listen to that little voice.

Since the CASA ORIGINALLY were the ones to propose 762 Kgs this would have to qualify as a FIASCO after more than 20 years of confusion and resulting in people losing money and HOPE.. If they can't ha