Hi everyone, I recently had an opportunity to fly the Jabiru J230. I had the flaps fully extended, power off and speed about 70 knots on finals, with the trim set fully back. As a part of normal 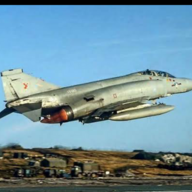 J230D: my best approach starts with slowing the aircraft on late downwind abeam the threshold. Carby heat on and reduce rpm to 1600, trim back to maintain circuit ht. 84kt 1/2 flap. Turn base and fly