By onetrack,
April 23 in Aircraft Incidents and Accidents

A little story about Ray and the love he had for his RV. RIP.   https://www.vansaircraft.com/first-flights/ray-williams-rv-7a/ 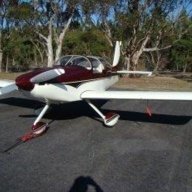 It will be interesting to see the final report with the view that we can all learn from the event. I attended Rays “Irish Wake” via video streaming and the family although distressed focussed on

Loss of control in IMC is a huge killer. One very tragic case to me was the loss of that beautiful DH Dragon Rapide in QLD. Two days later, the weather was gin clear. I lost a good mate in a CFIT due