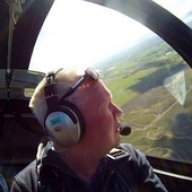 As an analogy it is like we are on a boat that is taking on water.     The captain wants us to urgently bail water out of the boat.    Most of the passengers can see the sense in this and ar

Ok, thread is now locked. If you would like to continue with free speech on the subject of Covid please go to our off topic sister site called Social Australia

If you get a chance to fly, then take it to try and keep current.   ‘’I have been lucky enough to have a few friends and acquaintances who are closely connected with the pandemic. I was warn