Are We Losing Interest? 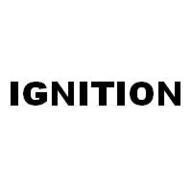 I wasn't going to bother putting in my thoughts on this topic, but as a young person, I feel like I can speak for myself and my friends who have stopped flying to offer some actual perspective rather

She'll probably be about 80 by  then. Nev

Flying suffers from the fact that cars and roads are so good these days. Around Alice Springs, in the 1950's there were frequent flights to nearby cattle stations and missions. Connellan Airways