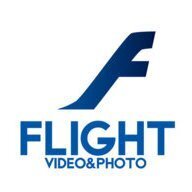 Share
Followers 0
Matt Hall interview after Red Bull Air Race qualifications in Rovinj. Matt Hall is a former Royal Australian Air Force (RAAF) pilot who logged more than 1,500 flying hours on the F/A-18 Hornet in RAAF and more then 500 hour in the F-15E Strike Eagle including combat mission during the second Gulf Wa
From the album:

There are no comments to display.