Only Sometimes,and Then Not For Everybody! 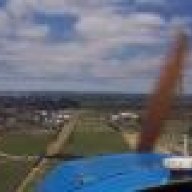 By geoffreywh,
November 8, 2011 in Instruments, Radios and Electronics