Could have happened at a Holden dealership! 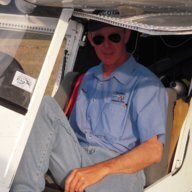 By rankamateur,
September 30, 2014 in Aviation Laughter