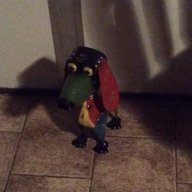 By planet47,
June 25, 2014 in Aircraft Building and Design Discussion