Any Pilots Around Brisbane or the Gold Coast? 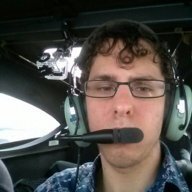