Getting the pilot certificate & endorsments is one thing but are you really ready? 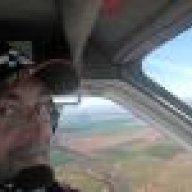