95.55/LSA - Your Maintenance Issues and Costs 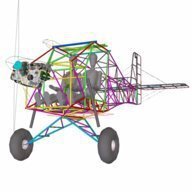