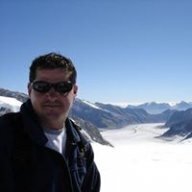 By DrZod,
March 5, 2016 in Gliders and Soaring Aircraft Usergroup