Best 'out of the box' combo for skyecho2?

By danny_galaga
January 13 in Instruments, Radios and Electronics

The Android problem is Skyecho connects to the tablet via wifi, so your EFB thinks this is an internet source, which it's not. So you have to tell the tablet that your EFB only uses Mobile Data, so yo 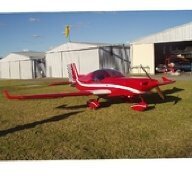 Went Narromine last week and one of my sky echo’s was dead. It would not charge up and dead as a door nail. Home now and pulled it apart and checked the batteries. 0.97 volt. Connected a variable supp

If you don't have Ozrunways or Avplan, Enroute Flight Navigation is a free navigation App that runs on anything Android and has the Skyecho as a traffic receiver interface which works really well. I u