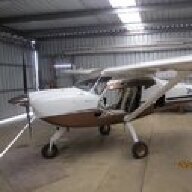 Pickles technique is all about maximising the return to them and the vendor. They set a figure they believe the item is worth (often way out, because their valuers are not that expert), and they call