Marty Glassing is easy..just messy. Must get all the air out of the weave thats all so use the ribbed rollers. You probably need to cut some 10mm ply and cut out to match the curves on the outside the 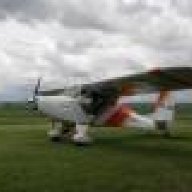 Step one is to cut your mat to fit the inside of the mould - lay the pieces out so you know whit bits fit which curves. Don't try to do the whole cowl with one big piece of mat. After applying ha

It's been a while...   Fortunately @wideblueyonder just lent me some cowl moulds, so this is inspiring me to get back into it.   I bolted the engine back on temporarily to test fit