By planedriver,
May 26 in Aircraft Incidents and Accidents

Whether it's allowable or not, surely the purpose of recreational aviation is to get AWAY from the kids???

I always believed that a baby could be carried as a 3rd person as long as it was on the lap and does not interfere with controls. If I also believed that I can certainly understand the pilot having th 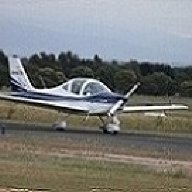 Well I guess he could say the child is a newborn and his wife went in to expedited labour when the engine failed, was born on descent to the forced landing cleaned up and dressed before touchdown.